Myco-Marker®: Evaluate the REAL Mycotoxin Risk to your own Animals 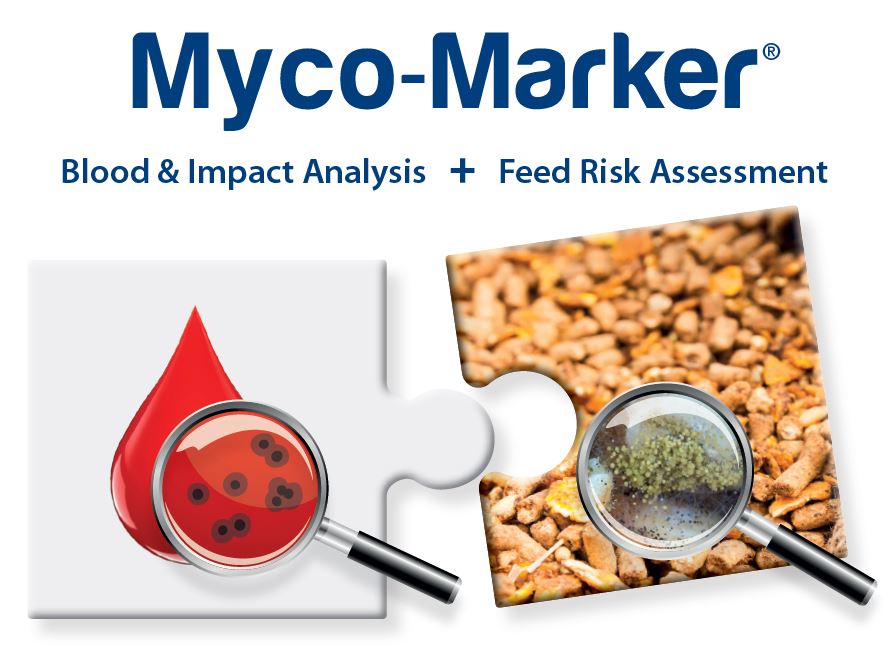 Myco-Marker® is a patent pending DIAGNOSTIC and BIOMONITORING TOOL that determines precisely possible exposure to mycotoxins and assesses their impact on animal performance and health. Myco-Marker® allows detection and diagnosis of mycotoxin-mediated health and performance issues either in individual animals or in a population, aiding thus, identification of the causative mycotoxins and deploying appropriate mitigation strategies.

What does it consist of?

4. OPTIMISATION of the MITIGATION STRATEGY: Application of the appropriate mitigation strategy and dosing RECOMMENDATIONS.

5. BIOMONITORING PLAN: Upon initial evaluation Innovad® will help you implement the right biomonitoring plan for your needs.

Contact our mycotoxin expert to learn more about this unique new service!

RISE® to the  challenge of mycotoxins!

Working with producers and veterinarians  across the globe Innovad® has the pleasure to announce its first Global Survey – unique of its kind!

The Survey has deciphered what once was considered a ‘black box’. The Survey  has, for the very first time,  identified the real level and the true nature of mycotoxin issues in farming production.

Some remarkable observations were made after the introductory year of the Global Myco-Marker® Survey: 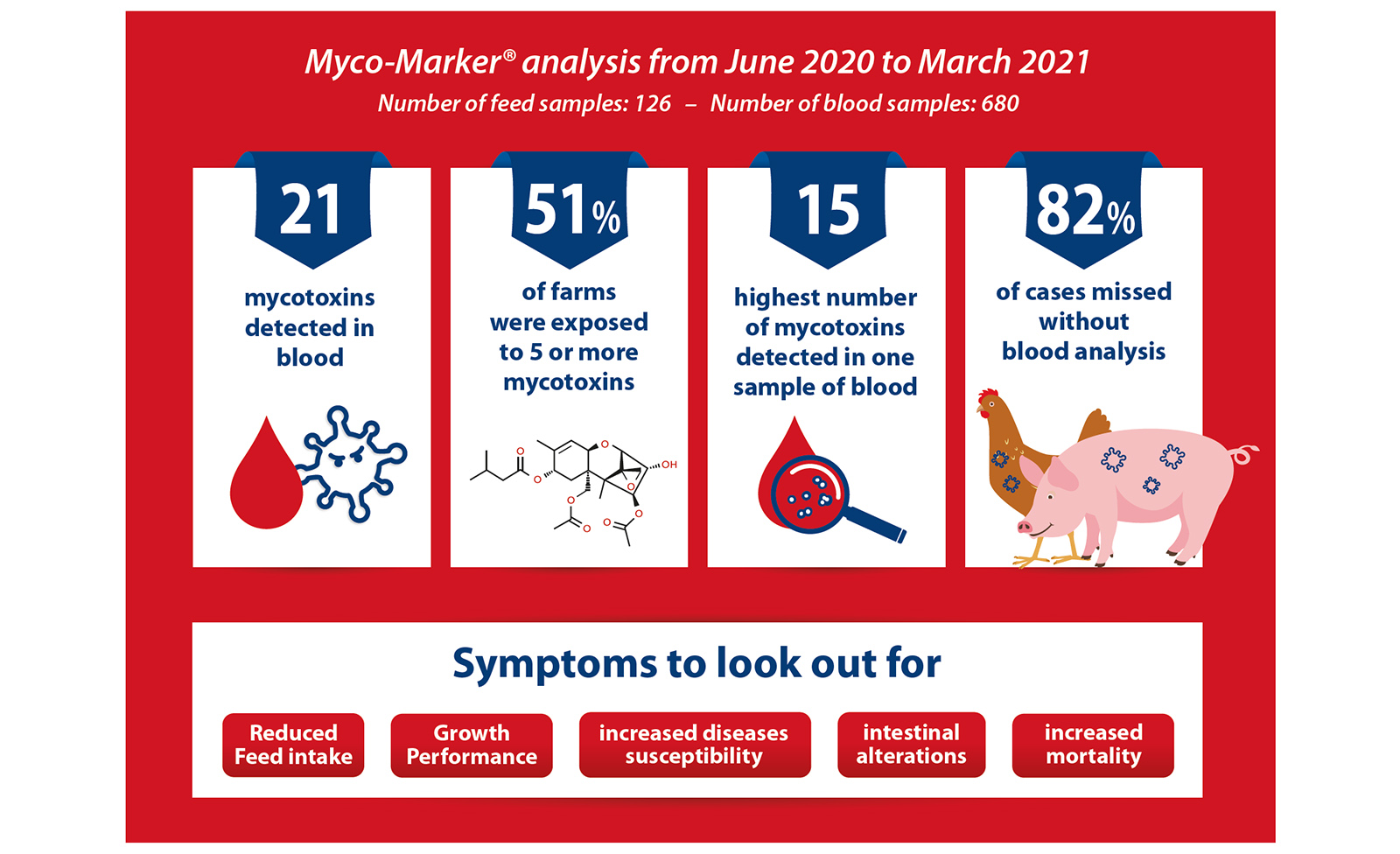 The introductory Global Myco-marker® Survey demonstrated clearly the added-value of the combined feed and blood analysis that the Myco-Marker® follows over the standard stand-alone feed analysis.